The Tragedy of Political Emails 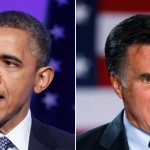 Because this is election season, and because I am an advocate of 1:1 marketing, I masochistically thought I would sign up for the campaigns of both parties to see how they are using email marketing to reach their constituents.   I now receive over forty emails a day asking for money.  How stupid of me.  I suppose I also now know that Obama is a Muslim talking the country down a socialist radical agenda, and that Romney is a Mormon and likely to attack Iran with nuclear arms.

The tragedy of political emails in the age of 1:1 Marketing is that they are so not 1:1.  There appears to be no feedback loop or evaluation of any interaction with the email.  It is entirely batch and blast.

Wouldn’t it make sense if I opened an email on an environmental issue that my next email might not be on the Keystone pipeline? (I’m making this up.)  Or if I contributed just this morning, that another solicitation at noon doesn’t really work, and merely pisses me off? (I’m not making this up.)

The second tragedy is that it seems they’ve sold or donated my email address and broken my trust.  There is a subtle proliferation of email senders in each party.   Not just the names of the sender, but the organizations.  Just because I responded to your immigration email, doesn’t automatically mean I want to receive emails from the NRA.

But surprise!  I did receive an email the other day that said… “Thank you for your contribution last month of $19.29.  We used that money to run a campaign for the left-handed speckled grebe.  It was a successful campaign and we figure we saved twelve grebes.  Now, we know things are tight, but we wanted to ask if you could help us with the right-handed grebe?  Etc.”

How much more effective could these campaigns be if they followed the basic principles of good email marketing?  Then again, as they say, maybe we would only encourage the bastards.