What George Lucas and My Grandson Can Teach You About Your Marketing Videos. Try White Boarding. 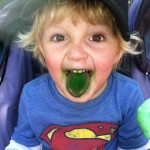 In a recent post, People Don’t Read…What Are You Going to Do About It? I advocated the use of video to get your messages across.  But by extension, if no one watches your video, you’re still stuck.

I’ve tried a few videos.  They’re OK.  Not great, but I got a good number comments on them.  I tired to keep them less than two minutes in order to keep people’s attention.  But I wasn’t satisfied.  Something was missing.  Then recently it clicked when I asked my four year-old grandson to tell me a story.

This is his story.   “There was a elephant. His name was Ralph, and he had big teeth. (Not the same elephant that got stuck in the room.) Then he went to the store.  He chased all the people out.  So then they called the POLICE.  But he ate all the food.  Then he pooped. Ha, ha.  When the police came, he got on a fire engine and drove away.  THE END.”  I asked him what happened next, and he continued the story for another two minutes.

So what do George Lucas and my grandson have in common that can teach us something about your marketing video?

The most important aspect for marketing videos is that you have to tell a story.

The first thing is that every story needs is a “hook” or a reason to continue listening.  For example; an elephant with “big teeth” (why big teeth?), or “A long time ago in a galaxy far far away.”  This engages us in “The Story.”  It helps us suspend disbelief and allows us to listen and focus on what comes next.

Once you are engaged in the story, you need some conflict or drama such as calling the police, or a rebellion in a galaxy against the emperor.

Then the next key element is to keep us engaged.  Two of the most important words you can use are “and then.”  And then… what happened next?  My grandson, without thinking, naturally used “then” three times in his story.  But here is where the genius of George Lucas comes into play.  His version of “and then” was the “two-second” scene change.  What’s that?

We are evolved to look at motion.  We can’t help it.  From an evolutionary standpoint, sensitivity to motion protects us from the predators in the bushes.  By changing the scene rapidly, Lucas keeps us hooked into the action of Star Wars and raises our adrenaline levels.  We are forced to pay attention because we are looking to see what happens next.  Look at any commercial on TV today and you will see this phenomenon.  No scene lasts more than two seconds.

So how does this relate to creating a white board video?  In my video, I try to tell a story.  It begins with “a great idea.”  We all identify with the creation of a great idea; it’s a classic business narrative.  Conflict is created by failure to sell that idea.  Motion is created by drawing.  This is the equivalent of Lucas’s fast scene changes.  The viewer wants to see what is being drawn next, and this creates the “and then.”  Next there is a little humor to open our minds.  Finally, there is the resolution.  The elephant drives away on the fire engine, Darth Vader is thwarted, and a solution to a marketing problem is presented.

It’s not perfect.  It’s longer than I wanted, but I am surprised at how fast it moves.  It was created for less than $100.  And I want to know what you think.  Did it capture your attention?  Does it hit the mark?  What would you do differently?  Leave a comment below.

So if your video turns out to be an elephant, put him on a fire engine.