Speed versus Control When Dealing with Market Change 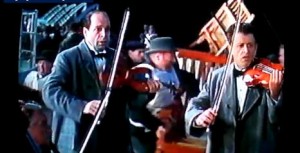 The business environment is changing, there is price pressure in your market, a new competitor has emerged overnight, or more likely, a competitive threat has arisen from an entirely unforeseen industry and is now putting pressure on your organization.

Have you ever wondered why the typical response to a fast changing business environment is often to implement more planning, processes, and measurements, as well as re-organize the structure of the company?  (The last step is often referred to as rearranging the deck chairs on the Titanic.) It’s the illusion of control.

We live in a period of rapid change brought on, in part, by digital connectivity and social media in a 24×7 world.  This also adds pressure and demands on the rate at which organizations, including marketing, need to respond.

At the same time, many corporate responses to the stresses of change seem to be to implement even more rigid plans and processes in hopes of maintaining control over the changing environment.  The effect is often less adaptability and less productivity, rather than responsiveness and more productivity.

In the new social world, productivity often comes from interaction and collaboration rather than structured systems.  In the new world, it’s often the outputs of our work rather than meetings and processes that need to guide our direction.  The problem with systems and plans is that they let us feel like we are in control.  But since we often don’t know what the outcome should or could be, they limit us and slow us down.   They promise more assurance, but the most valuable commodity is knowledge gained by trying something quickly.  To use the military analogy, the first thing to die on the battlefield is the battle plan.

By following the conventional approach of working harder on more complete plans and implementing processes to avoid risk, the next step is inevitable.  That is cost cutting measures that eliminate jobs in order to make the productivity of an organization look better on paper.   These changes rarely have anything to do with changing the actual productivity, and often have exactly the opposite effect.  Your employees and team members know this.

What would happen, if instead of increasing control and process in response to change, you chucked these out the window?   What would happen if you increased the rate at which you tried things without a focus on a guaranteed result?  What if you learned quickly and adapted?  Or you could continue fiddling.  Welcome to the new world.