Is Your Marketing Boring? 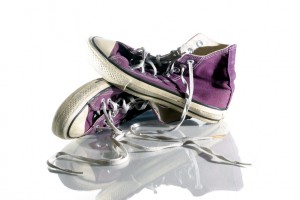 Is your marketing boring? In the B2B space there’s a lot of boring marketing, and guess what?

I have a belief that B2B marketing should be more like B2C marketing. That doesn’t mean you have to have an over-weight middle-aged guy dancing and making a fool of himself on your website (never did understand that). But unless you are interesting, you are wasting your time and effort. There are too many other fascinating things that compete for our attention. Let me give you a classic example of “not boring” from back before the “InterNets.”

A small local communications company wanted to send digital files from Customer A to Customer B. It was a business-to-business sale. They didn’t have a lot of resources and needed to get noticed in a noisy marketplace. The first thing they did was pick purple as their corporate color in a time when everyone else was staid. The second thing they did was reduce their value proposition to a simple saying that defined everyone else. It was, “FedEx delivers overnight, we deliver over lunch.”

Trite as it sounds now, the third thing they did was order 6000 pairs of purple high top tennis shoes.  Were they ever in style? At their first trade show, they had a booth many times smaller than others. It was mostly filled with tennis shoes and a display of their product. The product didn’t do much, it just sat on display, there was no “demo.” All the sales people at the booth wore purple tennis shoes with their suits. A little weird, but not boring.

When asked why by the press and prospects, they simply explained their value and  gave everyone a free pair of purple high tops. You see walking around a trade show can be tiring on the feet. Soon people were seeing purple tennis shoes on others and asking what they were and where they got them. After four hours, every one of 25,000 attendees and the media knew of the little company.

The quality of grabbing attention is the opposite of boring. It’s called fascination. Fascination helps us grab attention. There are as many ways to be fascinating as to be boring. There are also quite a few ways to go over the top. Being different by itself is not enough. But it’s a choice.

Things that fascinate are genuineness or true honesty, humor, unique voice, provoking an emotional response, creation of advocates, standing for values, creating controversy, focusing on others rather than yourself, and many more.

An output of fascination is “coolness.”  After we have been fascinated, and engaged, we then seek the confidence and social connection commonly referred to as cool.  Cool creates the longing to belong to a group. For example, Apple creates cool through design and marketing… don’t you secretly want to be cool with that new Apple i-watch.  Or perhaps you’re cool because you got the pair of purple tennis shoes before others.

It’s easy and safe to be boring. It’s hard to be fascinating and develop cool. You can’t fake it. But the last questions to ask of your B2B marketing department are… “Are we being boring?  Are we too comfortable? Will anyone notice or care?”

You know there was a reason you didn’t throw out those green leotards. You can be fascinating at your next company party. Or not. It would be cooler to wear them on St Patrick’s day.